John Spellar MP has added their support to a “market rent only” cross party amendment to the Small Business Bill that would deliver a fair deal for local pub company pubs, including here in Sandwell. The Small Business Bill already includes plans for a Pubs Code and an Adjudicator to support pubs and their tenants but does not include the essential market rent only option which is needed to stop large pub companies forcing up beer prices charged to pub tenants to unacceptable levels.

The amendment will allow pub tenants tied to the large pub companies (more than 500 pubs) to opt for a rental only deal, allowing them to buy beer on the open market at prices up to 70% below what pub companies currently force them to pay.

MPs will vote on this amendment today.  The campaign to allow pub tenants to sign up for a rental only deal has been backed by 212 MPs from all parties so there is a realistic prospect of winning the vote. The amendment is also backed by the national Fair Deal for Your Local campaign which consists of ten leading national organisations, including CAMRA (the Campaign for Real Ale), the Federation of Small Businesses, the Forum for Private Business and licensee organisations. 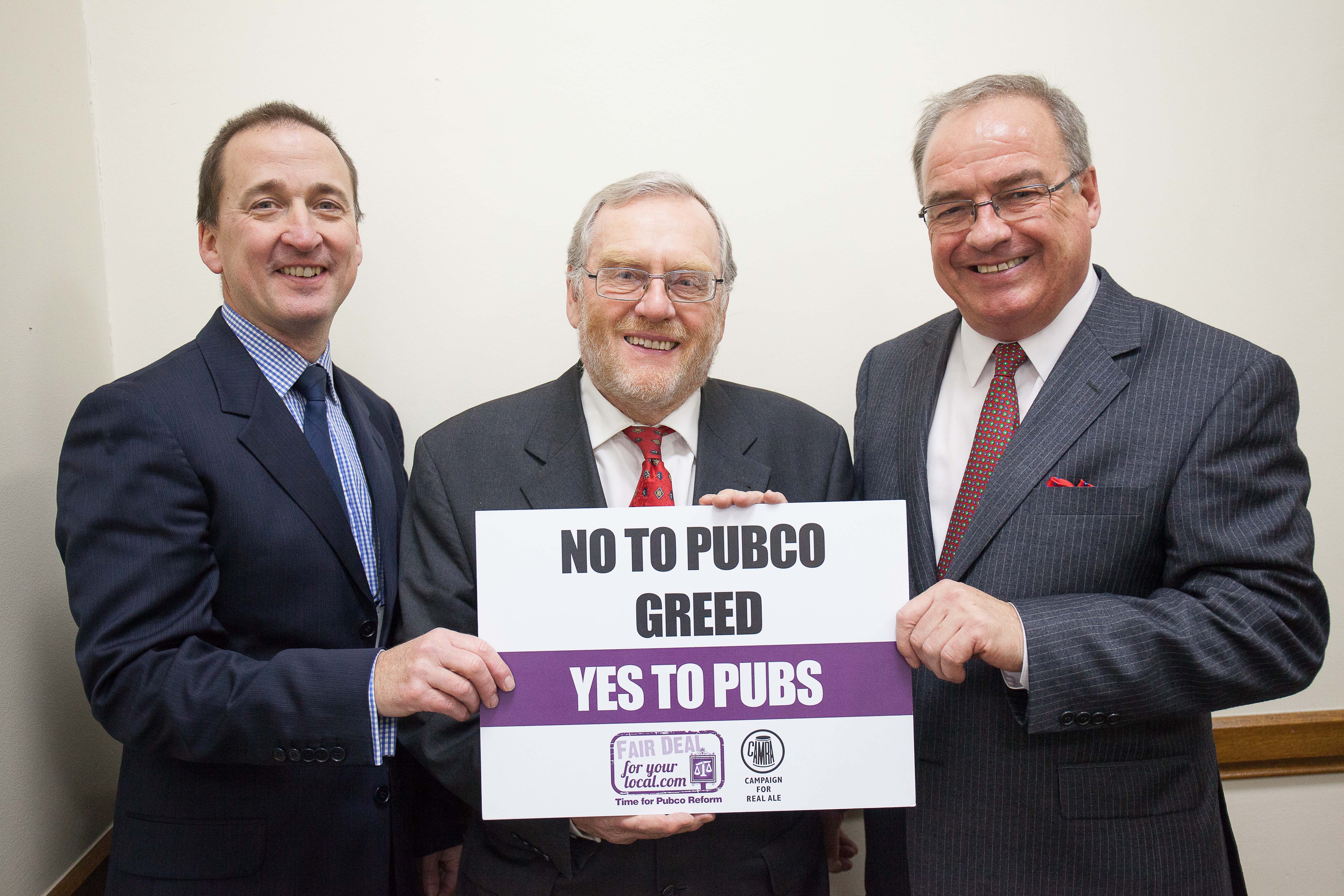 “I am very pleased to vote for this important new clause to at last give the tenants of large pub companies a fair deal and to help keep pubs open.”

“At the moment the Government’s plans for pub company reform don’t address the fundamental issue of excessive beer prices and rents charged by the large pub companies. That is why I am supporting the Fair Deal for Your Local amendment, supported by CAMRA and small business and licensee organisations, to introduce a market rent only option.

“The market rent only option is reasonable and gradual and simply provides an option for tenants to choose at appropriate times whether to carry on with a tied agreement or to have a rental only agreement. This option will stop the abuse of the beer tie and will lead to companies offering fair tied agreements, with genuinely lower rents for higher beer prices.

“CAMRA is very pleased that John Spellar MP has added their name to an amendment, which calls for an important change to improve the relationship between pub-owning companies and their tenants. It is simply unacceptable that so many tenants running successful pubs are earning less than the minimum wage and are unable to invest in the future of their pub. Far too many pubs have been lost permanently as a result of the pub companies squeezing the life out of them with excessive rents and tied beer prices.”

“Allowing pub tenants to choose the best deal for them will put huge commercial pressure on the large pub companies to cut their beer prices to competitive levels. Such a move would benefit over 10,000 pubs, help pub tenants make a living, help keep pubs open and help keep the cost of a pint to consumers affordable.”

“Pubco tenants aren’t getting a fair deal and this will continue unless they have the option to go free of tie, with an independently assessed rent.

“Our research showed that the ‘market rent only’ option would bring significant benefits in terms of investment, employment and consumer choice. This New Clause will give MPs the opportunity to ensure that the Small Business Bill provides a fair deal for tied pubs.