John Spellar MP is backing a new campaign by leading animal welfare charity, Battersea Dogs & Cats Home to urge prospective dog owners to think twice about how they buy a dog, in an attempt to crack down on the horrific practice of backstreet dog breeding.

Relentless breeding of dogs in dirty, squalid conditions takes place in neighbourhoods across the UK, so Battersea has launched a major campaign calling for a clamp down on the many undercover dog breeders that profit from the cruel treatment of these animals.

John Spellar MP is joining the world famous charity in calling for a complete ban on the sale of puppies under eight weeks old and the introduction of a breeding licence requirement for any household producing two or more litters per year.

Attending the launch of the campaign in the Houses of Parliament on Monday 2 February, John Spellar MP pledged their support to end backstreet breeding. 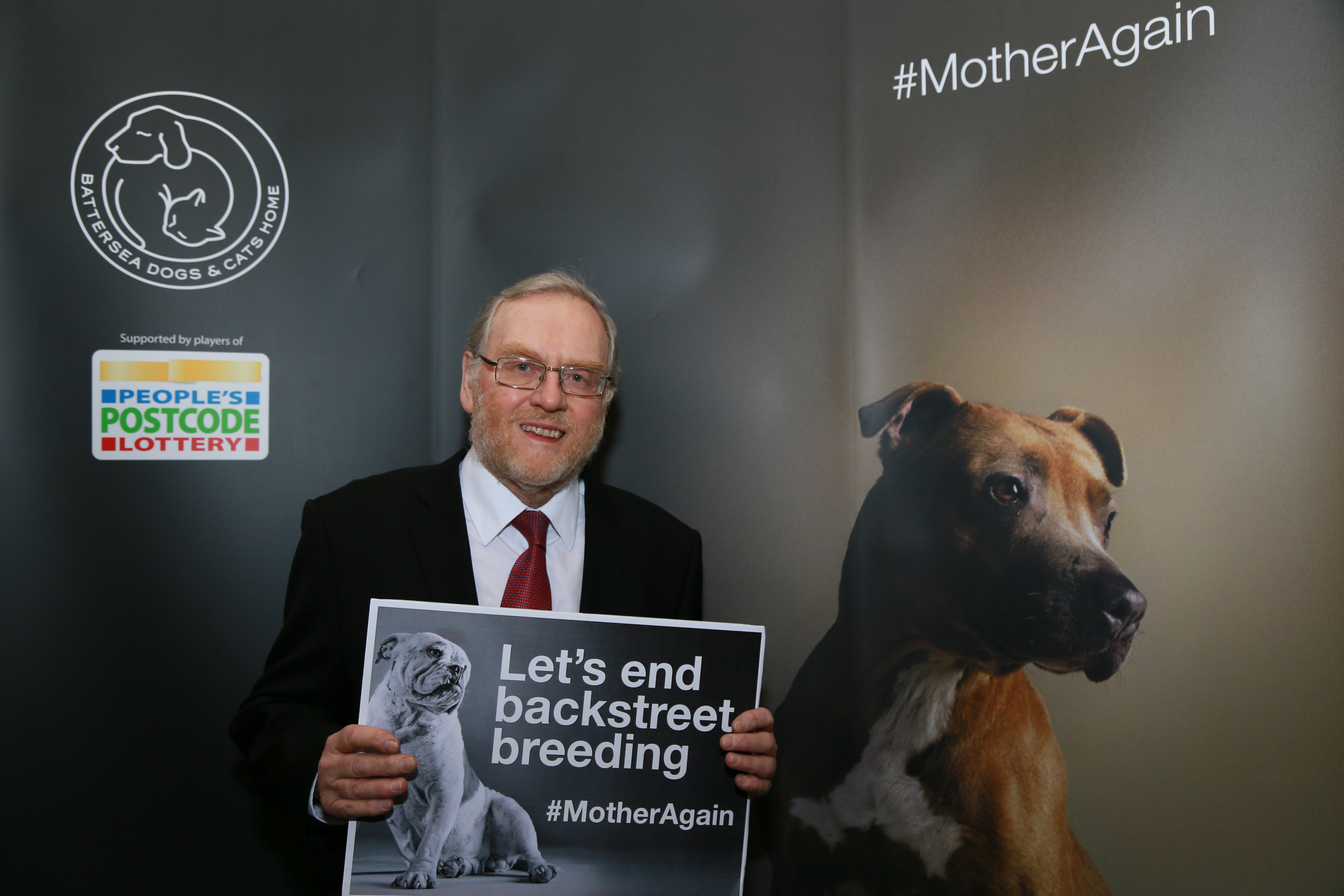 “With backstreet breeding happening in neighbourhoods across the UK, it’s important we increase public awareness of this issue. Dogs used in backstreet breeding endure a miserable life, producing countless litters before being turfed out on to the street once they have served their purpose. This needs to end.”

Battersea’s rescue centres see the result of this cruel practice every day. Marjorie, a two-year old Bulldog, arrived at Battersea as a stray in November 2014. She was bald in places, unable to sit down, withdrawn and showing obvious signs of overbreeding. After a lot of care and dedication from the staff at Battersea, Marjorie began to come out of her shell, showing an affectionate nature and despite her awful start in life she will get a second chance to go to a caring, loving home she so deserves.

Unfortunately, not all of these dogs will be as lucky as Marjorie. Layla, a four year old Staffordshire Bull Terrier, was another stray that came to the charity last year, also showing signs of overbreeding. Despite all of the support she received from Battersea, this poor dog had already been through so much that nothing more could be done for Layla and sadly she had to be put to sleep.

Claire Horton, Battersea Dogs & Cats Home Chief Executive, said: “Battersea is speaking out to help expose and shame the callous breeders in our communities who are creating far too many unhealthy, unwanted, and abandoned dogs all in the name of personal profit. At Battersea we see the consequences of this problem every day. These puppies and breeding bitches are tomorrow’s status dogs and we must do all we can to put a stop to such inhumane, money-making activities.”