On 20th April John Spellar MP attended a parliamentary reception organised by Cancer52, a coalition of more than 80 charities representing rare and less common cancers. The reception was hosted and addressed by Chairman of the All-Party Parliamentary Group on Cancer (APPGC), John Baron MP.

The purpose of the reception was to raise awareness of these cancers and highlight the need for earlier diagnosis. 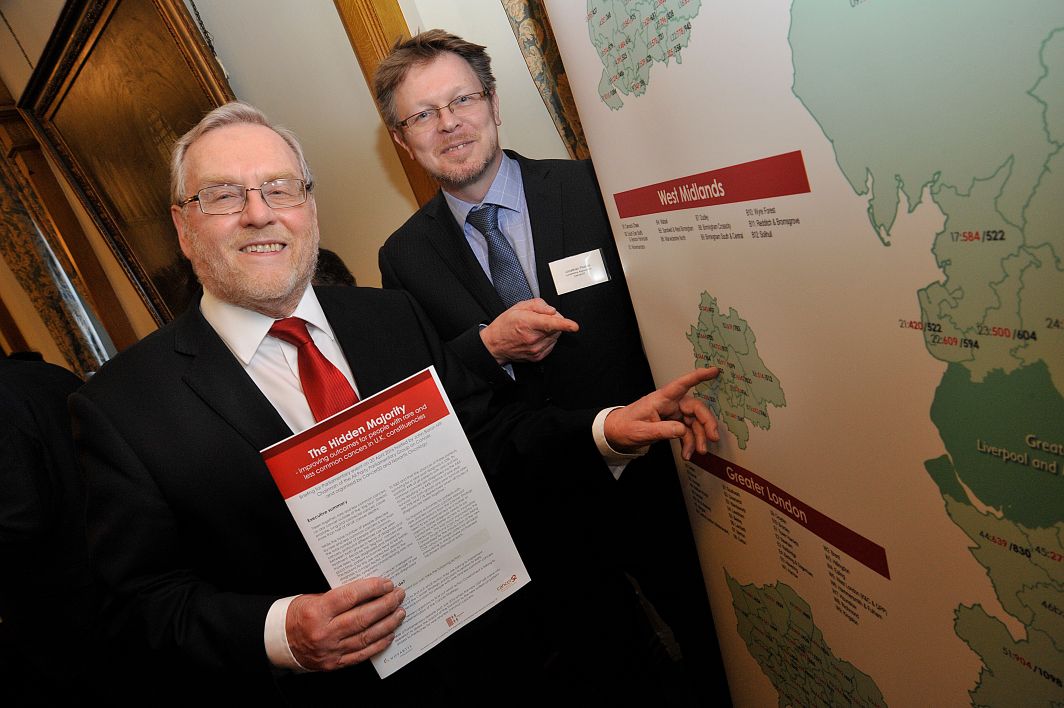 Rare and less common cancers together account for more than half of all UK cancer deaths -;more than the ‘big four’ (breast, prostate, lung and bowel cancer) -; and on average have poorer earlier diagnosis rates.

MPs were invited to meet a constituent that had been affected by cancer and were briefed by Jonathan Pearce, Chair of Cancer52, on the number of people diagnosed with rare and less common cancers in their constituencies.

John Spellar MP said: “It was a pleasure to join Cancer52 at their reception and discuss such an important issue. As a country we need to be doing far better at diagnosing and treating cancers earlier, particularly rare and less common cancers. It is staggering that these cancers make up 54% of cancer deaths and this number is rising. It is essential that we do more to raise awareness of the symptoms both in and out of the medical profession.”