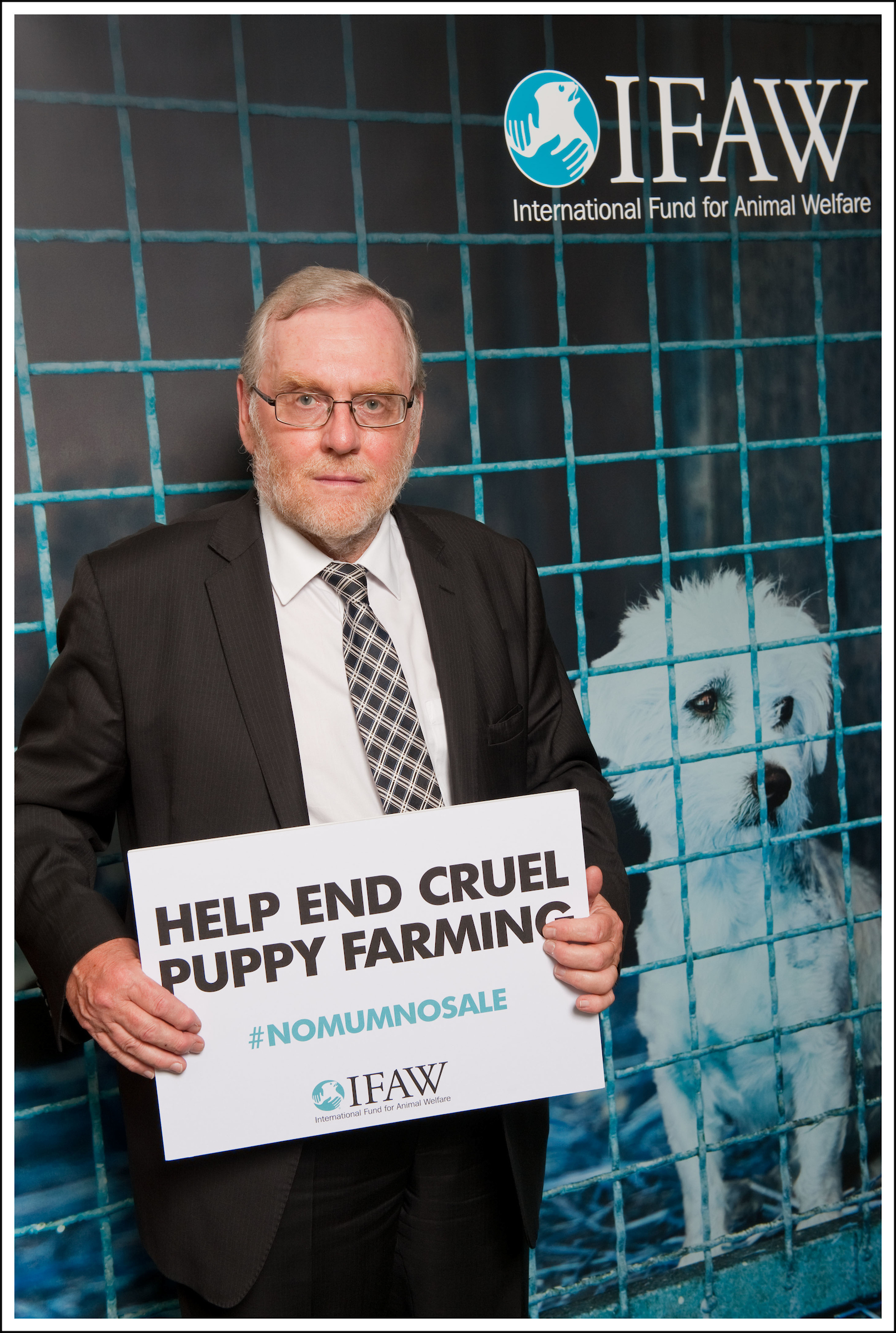 Warley MP John Spellar has lent his support to a new public awareness campaign launched by the International Fund for Animal Welfare (IFAW) to target the growing problem of the illicit and cruel UK puppy trade.

The puppy industry is booming, but with many UK breeders and puppy smugglers across Europe producing puppies solely for profit, all too often these animals suffer serious illness or behavioural problems later in life. Others, sadly, do not survive.

IFAW has devised a useful guide, P.U.P.S, for anyone looking to buy a puppy, to ensure they know what to look for to avoid buying an unhealthy, possibly puppy farmed animal. The P.U.P.S mnemonic, below, is accompanied by a kitsch, online mock advert for a children’s toy, the Suzy puppy. The short film depicts a young girl’s delight at her new toy puppy, but mirroring the grim reality of the puppy industry she quickly discovers that her seemingly perfect pup is in fact suffering a great deal.

John Spellar MP said: “I am very pleased to support this important IFAW campaign to help make people aware of the potential pitfalls before buying a puppy which may have been farmed in squalid conditions and taken from its mother too soon, before it is eight weeks of age.

“It is terrible to think of these puppies being transported a great distance by dealers with little or no thought for their health or welfare. The mothers suffer greatly too, being made to produce litter after litter of puppies until they have outlived their usefulness. I encourage everyone to watch and share IFAW’s film and to remember P.U.P.S.”

IFAW’s P.U.P.S film can be viewed here. Although the film contains no puppy footage, some viewers may find the content shocking or upsetting, because sadly the puppy trade is just that.

Philip Mansbridge, UK Director of IFAW, said: “We are very grateful for Mr Spellar’s support for our campaign. As a nation of dog lovers, none of us wants to be part of the cruel puppy industry. I am sure people will be shocked to find out that many much-loved pet dogs in the UK have suffered a horrible start in life with ill effects that may last through their lifetime.

“In the worst scenarios, owners suffer too when their much-loved puppy quickly gets sick and dies. This is the reality of the heartless UK puppy trade. IFAW always advocates adopting a happy and healthy puppy or dog in need of a home from your local shelter. But for those who wish to buy from a breeder, we believe our P.U.P.S campaign arms people with the information they need to make the right choice.”

The P.U.P.S film was screened at a parliamentary reception for MPs and key decision makers where IFAW continued to call for legislative change to better protect puppies. MPs were presented with their own Suzy puppy toys to remind them of the need for measures to combat the puppy trade.

Mansbridge added: “IFAW stands firmly against the large-scale, low welfare commercial breeding of puppies for profit. We want to see an end to third-party sales and the introduction of tougher and better enforced licensing to tackle this cruel trade.”

The P.U.P.S concept and video were created in partnership with marketing communications brand J. Walter Thompson.