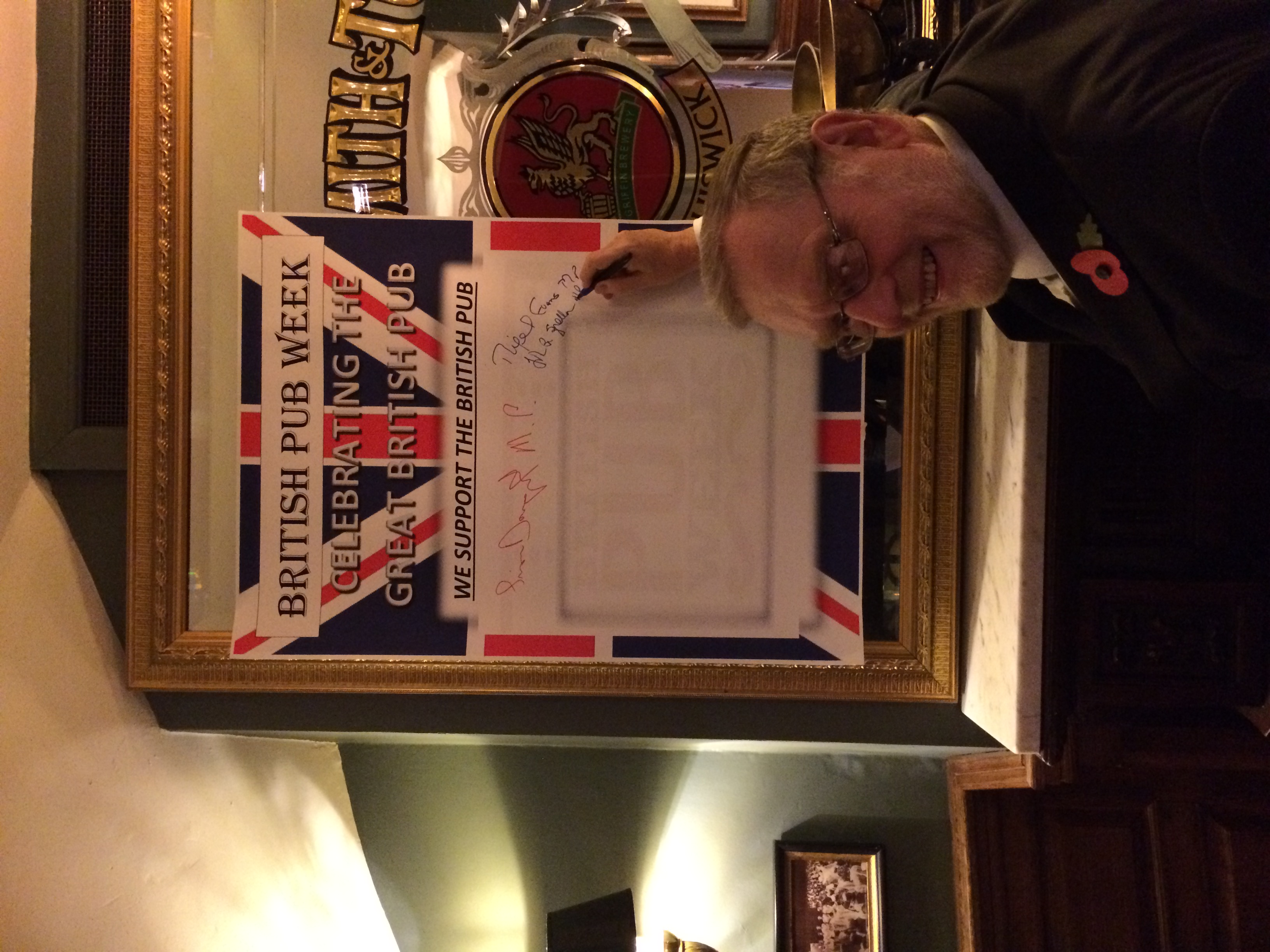 It aims to celebrate the importance of the great British pub and its role at the heart of communities across the UK.

Founder of British Pub Week, Inez Ward, and the Chair of the parliamentary Save the Pub group, Greg Mulholland MP, co-hosted yesterday’s event which was held in the Red Lion on Parliament Street in Westminster.

The event was attended by MPs and peers of all parties, the British Beer and Pub Association, and journalists and volunteers from the pub trade.

A parliamentary motion to celebrate British Pub Week has also been tabled and has received cross-party backing.

“I was delighted to see John Spellar MP come along and give his support to British Pub Week. Pubs and clubs are hugely important to communities in Sandwell and indeed across Britain. They support the local and national economy, the tourism sector and are part of our history and heritage.

“I hope people in Sandwell will visit and support their local pubs too. The Save the Pub Group also thanks all publicans and staff who work so hard to run Britain’s pubs and we raise a toast to them in British Pub Week.”

“British Pub Week is about celebrating pubs right across the country and uniting the pub trade in doing so. The event at the Red Lion was well attended and I was very pleased that John Spellar MP came along to show his support for pubs.”

“It was great to be at the British Pub Week event held in the Red Lion. It was an excellent way to celebrate the role of pubs up and down the country, so well done to Inez Ward and Greg Mulholland for organising it. I would certainly encourage colleagues and pubgoers to make a special trip to their pub this week to celebrate what it does for their community. That’s what British Pub Week is all about and I wish this annual event success in future years.”

“I am delighted to support this celebration of the Great British pub. The pub is an essential part of British communities. Moreover pubs support over 750,000 jobs and are a key attraction for overseas and domestic tourists who travel round the UK each year. I hope everyone will join and support British Pub Week with a visit to their local.