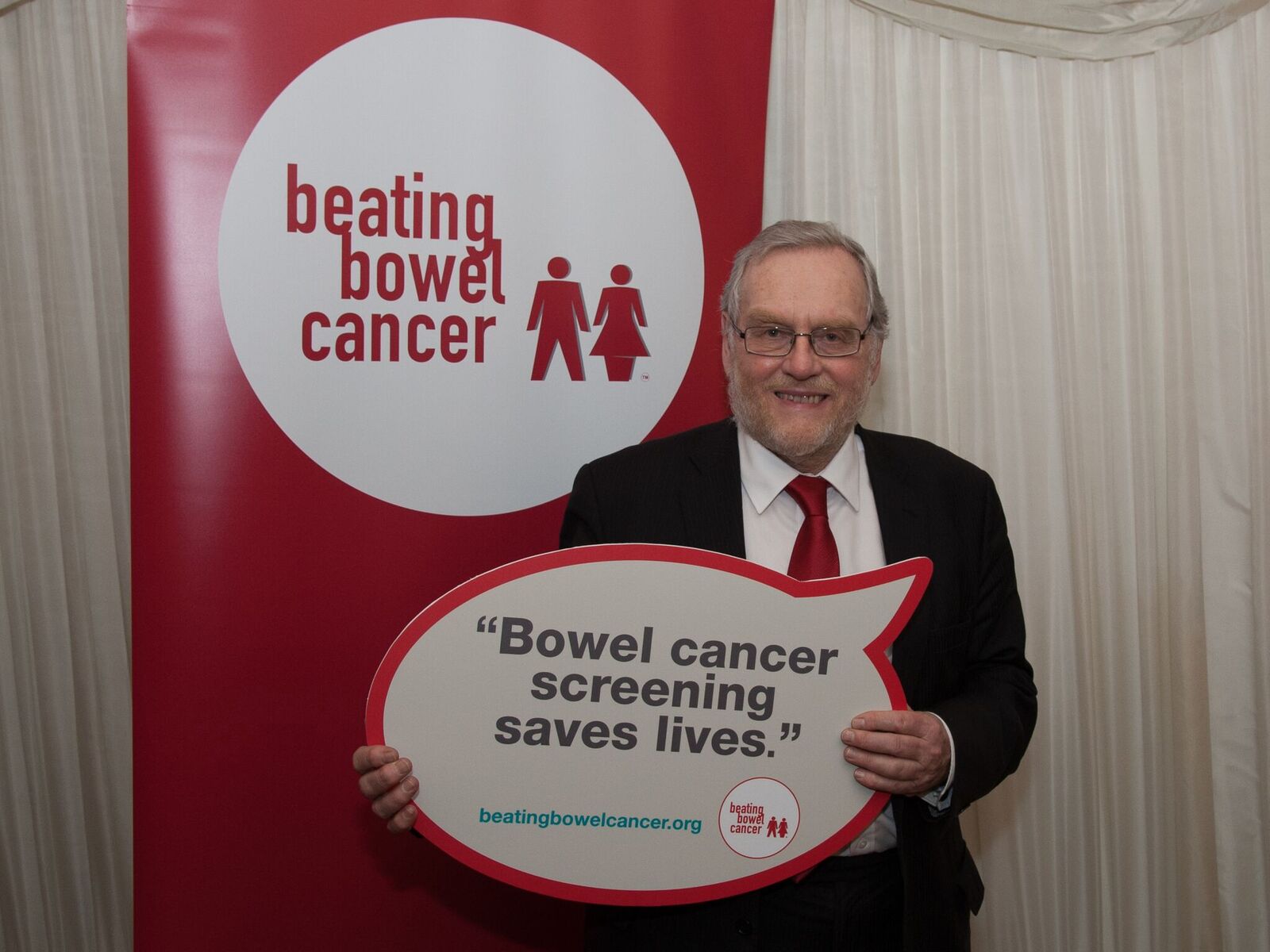 On 25th January, the MP joined other Members of Parliament, bowel cancer patients and families, health professionals and members of the charity at the reception. They heard that variations in the screening age across the UK could be leading to thousands of bowel cancer patients in their 50s having a delayed diagnosis.

The charity called for the screening age in England, Wales and Northern Ireland to be lowered from the age of 60 to 50, to bring it in line with Scotland.

Bowel cancer is the UK’s second biggest cancer killer but this doesn’t have to be the case.  Being diagnosed with bowel cancer at the earliest stage offers a 97% survival rate. But without screening, the majority of patients between 50 and 59 may not be diagnosed until a later stage through their GP or A&E. At that point the cancer can be more difficult to treat and if diagnosed at a late stage their survival odds could be as little as 7%.

Mr Spellar said: “I was interested to hear Beating Bowel Cancer’s plans for the future of screening and pleased to pledge my support for them.

“We all need to do our bit to support any improvements to early diagnosis rates if we are to stop bowel cancer being one of biggest cancer killers in the country.”

Speakers at the reception included Sharon Hodgson MP, Shadow Secretary of State for Health; David Mowatt MP, Parliamentary Under-Secretary at the Department of Health. Also speaking were Good Morning Britain presenter, Sean Fletcher, and campaigner Lauren Backler, who both lost their mothers to bowel cancer when they were in their 50s.

“It breaks my heart to know that I lost my mum to this disease when she could have survived if they had caught it early enough -; and that more people in their 50s will also lose their lives unnecessarily each year unless the age is reduced.”

Sir Christopher Pitchers, Chair of Beating Bowel Cancer, said: “This event made it possible for us to share our plans and highlight the inequalities in bowel cancer screening throughout the UK. It’s time we changed the odds for patients in their 50s in England, Wales and Northern Ireland. It’s shocking that they are not being given the same chance of survival as those in Scotland.  They are being badly let down and they deserve better.

“With the increase in the ageing population, dramatically more patients are going to be affected unless something changes now.

“We were pleased to have the opportunity to highlight these issues to those with the power to help tackle them and are very grateful to Mr Spellar for his interest. We look forward to working with him in the future to help raise awareness of bowel cancer issues in Warley.”

To find out more about bowel cancer please visit the charity’s website www.beatingbowelcancer.org or call their Nurse Helpline on 020 8973 0011