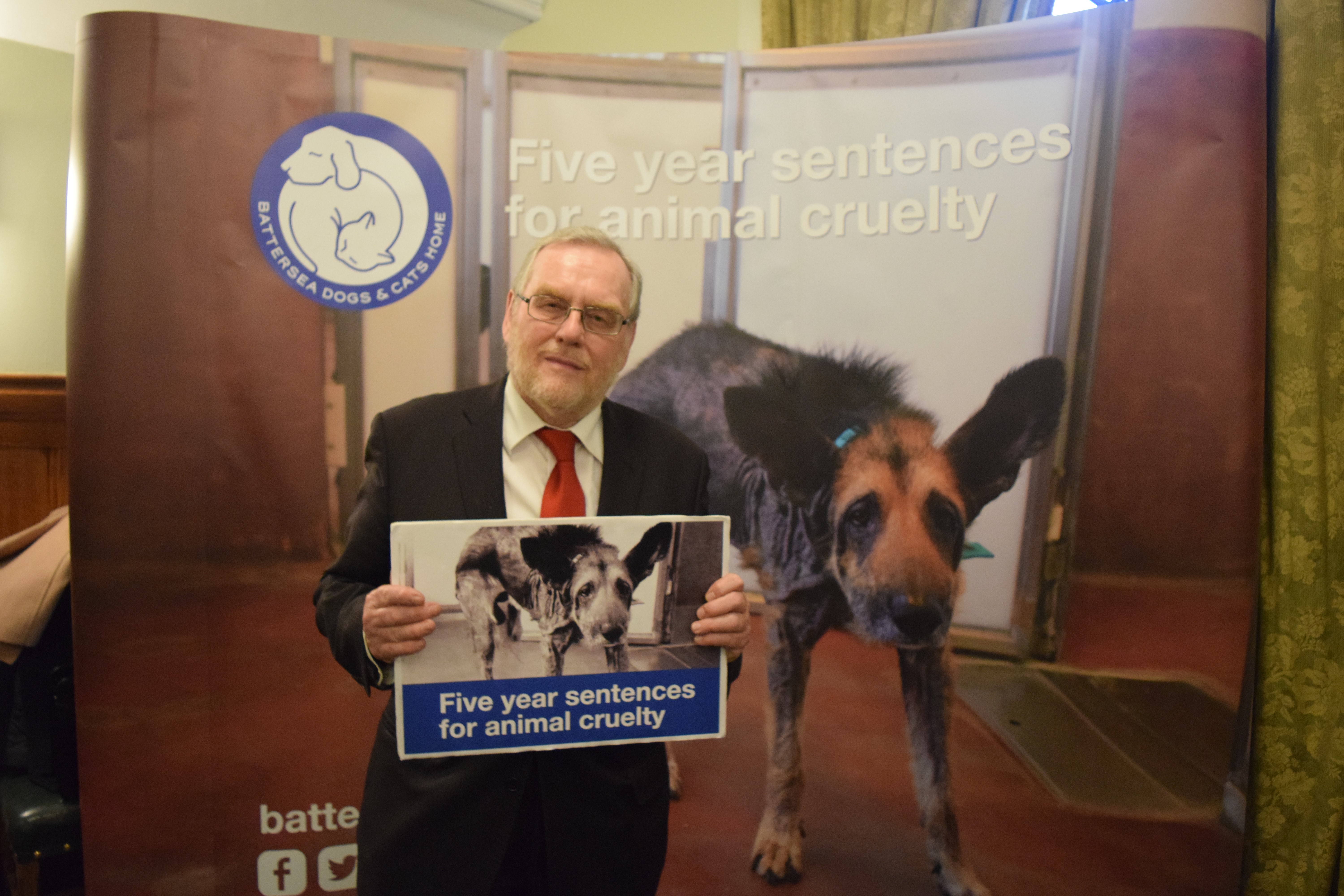 England’s unacceptably low punishments for animal abusers are some of the weakest in the Western world. Battersea has launched a major campaign calling for the maximum sentence for severe animal cruelty offences under the Animal Welfare Act 2006 to be raised to five years in prison, which is common elsewhere.

Under the current law in England and Wales, the strongest sentence for even the most depraved cases of animal cruelty is just six months in prison -; the lowest such sentence in Europe, the United States and Australia. Prison sentences for offences such as flytipping or theft are much higher.

Attending the launch of the campaign in the Houses of Parliament on Monday 20 February, John Spellar pledged his support to increase sentences for animal abusers.

The Black Country MP said, “It is unacceptable that people can abuse and neglect animals and get away with such a small penalty. Battersea’s research shows England and Wales have the lowest sentences for cruelty across 100 countries and states worldwide. Six months in prison is neither a punishment nor a deterrent when it comes to some of the most serious offences. I’m standing up for animals by supporting this campaign and calling for tougher penalties.”

Like many animal welfare charities, Battersea cares for the victims of cruelty and neglect, with many making remarkable recoveries under the care of the charity’s Veterinary team. These include Tiger, a tabby cat brought into Battersea on 25 January. Concerned about his condition, the Veterinary team rushed him into X-ray, where it was discovered he had been shot in the head at close range with an airgun. Two metal pellets were found lodged in his skull and, had they been any closer to his brain, would have proven fatal. During a delicate surgery, Battersea’s highly-trained staff were about to carefully remove the pellets without causing further damage and Tiger has recovered well from his terrible ordeal.

Claire Horton, Battersea’s Chief Executive, said: “It isn’t acceptable that our courts are unable to hand out tougher sentences in such extreme animal cruelty cases, yet the likes of fly-tipping can result in prison sentences of up to five years. Let’s get this into proportion and let the punishment for abusing animals truly fit the crime.”