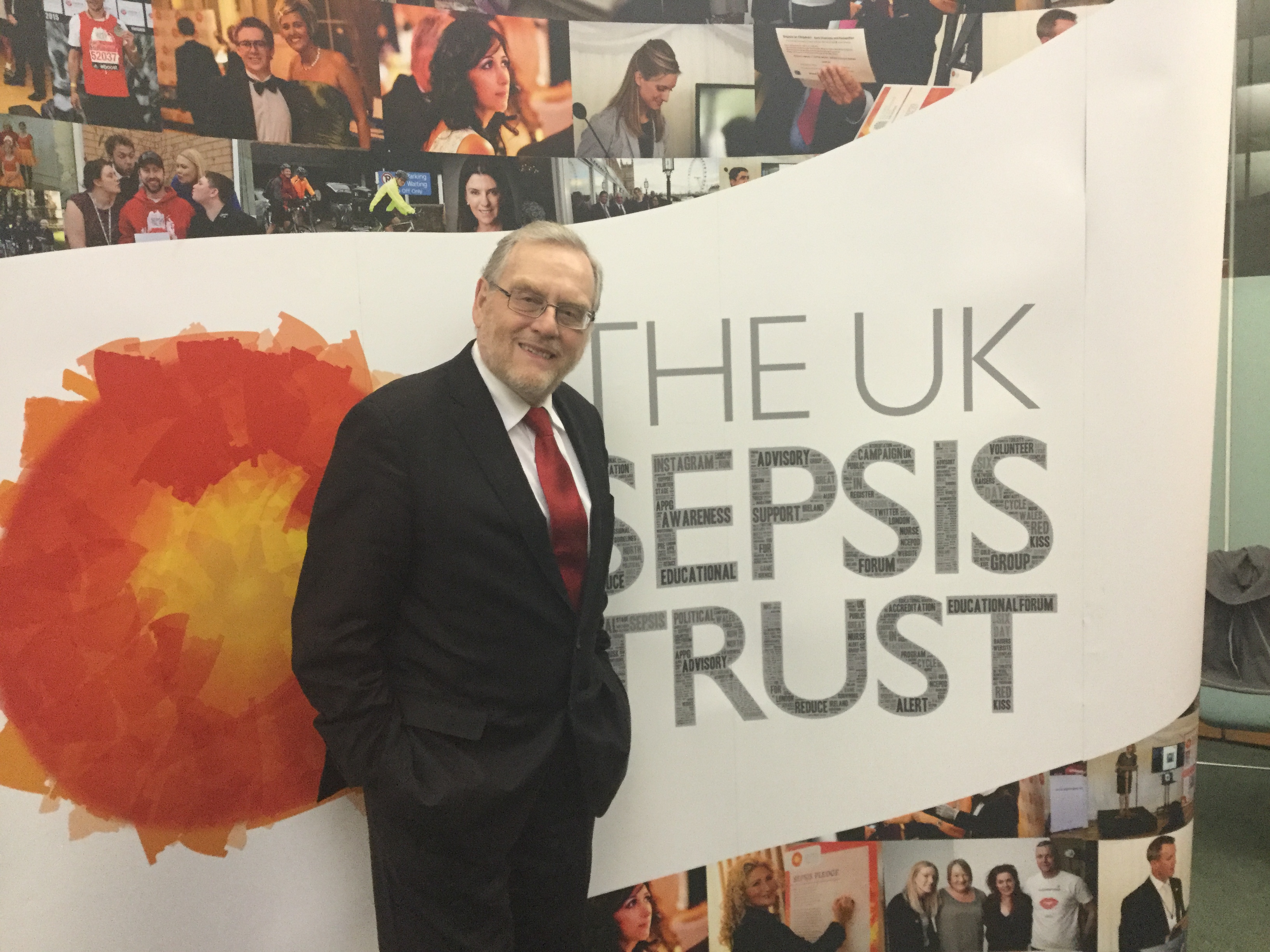 Black Country MP John Spellar attended a reception at the Palace of Westminster to show his support for efforts to tackle the relatively unknown illness sepsis, which claims the lives of at least 44,000 people every year in the UK.  The event was aiming to raise awareness of a condition that kills more people than breast cancer, bowel cancer, prostate cancer and road accidents combined.

Sepsis is a life-threatening condition that arises when the body’s response to an infection damages its own tissues and organs. It can lead to shock, multiple organ failure, and death, especially if it is not recognised early and treated promptly. Sepsis is the leading cause of death from infection around the world and, despite advances in modern medicine like vaccines and antibiotics acute care experts believe not enough is being done to save lives.

The event was attended by many parliamentarians, and was supported by a number of representatives from charities and the medical and nursing Royal Colleges, sepsis survivors, doctors, nurses, health professionals and the general public. Speakers included the Secretary of State for Health, Rt Hon Jeremy Hunt, Sir Bruce Keogh, NHS England National Medical Director, Dr Ron Daniels and Tom Ray, sepsis survivor.

John Spellar MP said: ‘sepsis has been a hidden killer for a long time and I hope this campaign will raise awareness and save many families the tragedy of losing a loved one.’

At the reception, Dr Ron Daniels, Chief Executive of the UK Sepsis Trust, announced new figures from Research by the York Health Economics Consortium which suggests 260,000 Britons develop the condition every year. This figure is 110,000 higher than previous estimates, which put the number of affected patients at 150,000.

Its report said sepsis costs the UK economy up to £15.6billion a year, adding that earlier diagnosis and treatment could save more than 14,000 lives annually.

‘A crippling paucity of data has thus far confined us to conservative estimates, but the figures reported in YHEC’s study are a shocking new indication of the gravity and sheer scale of the problem. It’s sobering to learn that the issue is so much greater than previously estimated.’