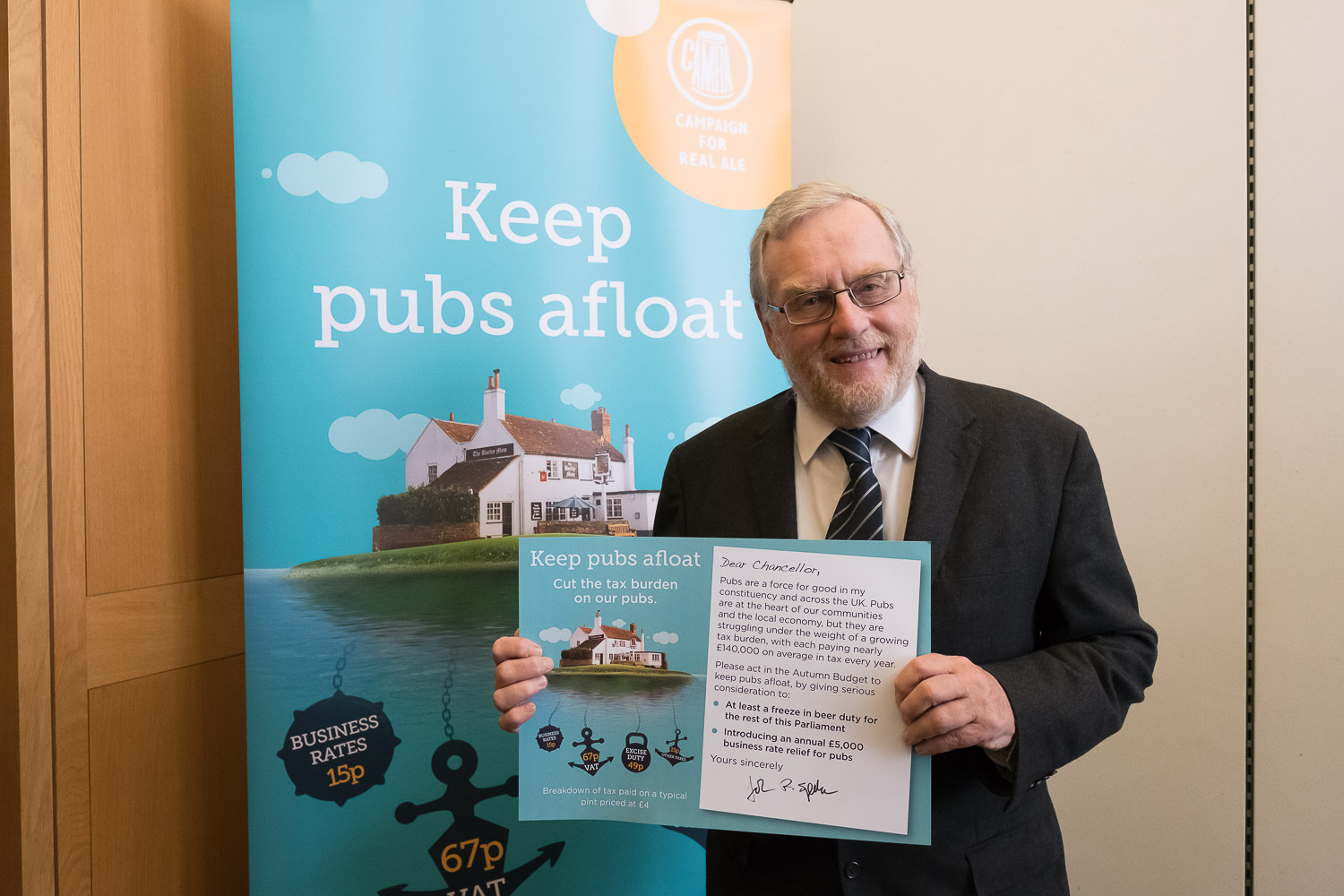 Warley MP John Spellar has joined with representatives of the UK’s beer drinkers, pub goers, brewers and publicans to urge the Chancellor to keep pubs afloat in the Autumn Budget.

Spellar was one of over 50 MPs to add their voice to the campaign, calling on the Chancellor to give serious consideration to introducing an annual £5,000 business rate relief for pubs in England as well as a freeze in beer duty for the rest of this Parliament.

John Spellar MP said: “Pubs and clubs are a force for good in Warley and across the UK. Pubs are at the heart of our communities and the local economy, but they are struggling under the weight of a growing tax burden, with each paying nearly £140,000 on average in tax every year.

“In Warley we have 42 pubs and the industry supports over 840 jobs. These establishments need all the help they can get, which is why I’m asking the Chancellor to do whatever he can to support them in the Autumn Budget.”

Reviews of business rates across England mean many pubs are being hit with a massive new financial burden, which in some cases could only be covered by them selling thousands of extra pints of beer every year. The Government introduced a welcome one-off £1,000 discount scheme for some pubs in the latest Budget, but more action is needed to keep pubs afloat.

Taxes now make up a third of the cost of a pint, and UK beer duty is among the highest in Europe. Recent research carried out by YouGov [1] for CAMRA found that 55% of people who expressed an opinion believe beer duty is too high at 54p per pint.

Spellar said: “The £1,000 business rates relief introduced this year has been a valuable lifeline for many pubs but it’s clear this is not enough to secure the long-term future of our valued pubs. I urge the Chancellor to go further and show more support for this important industry”.