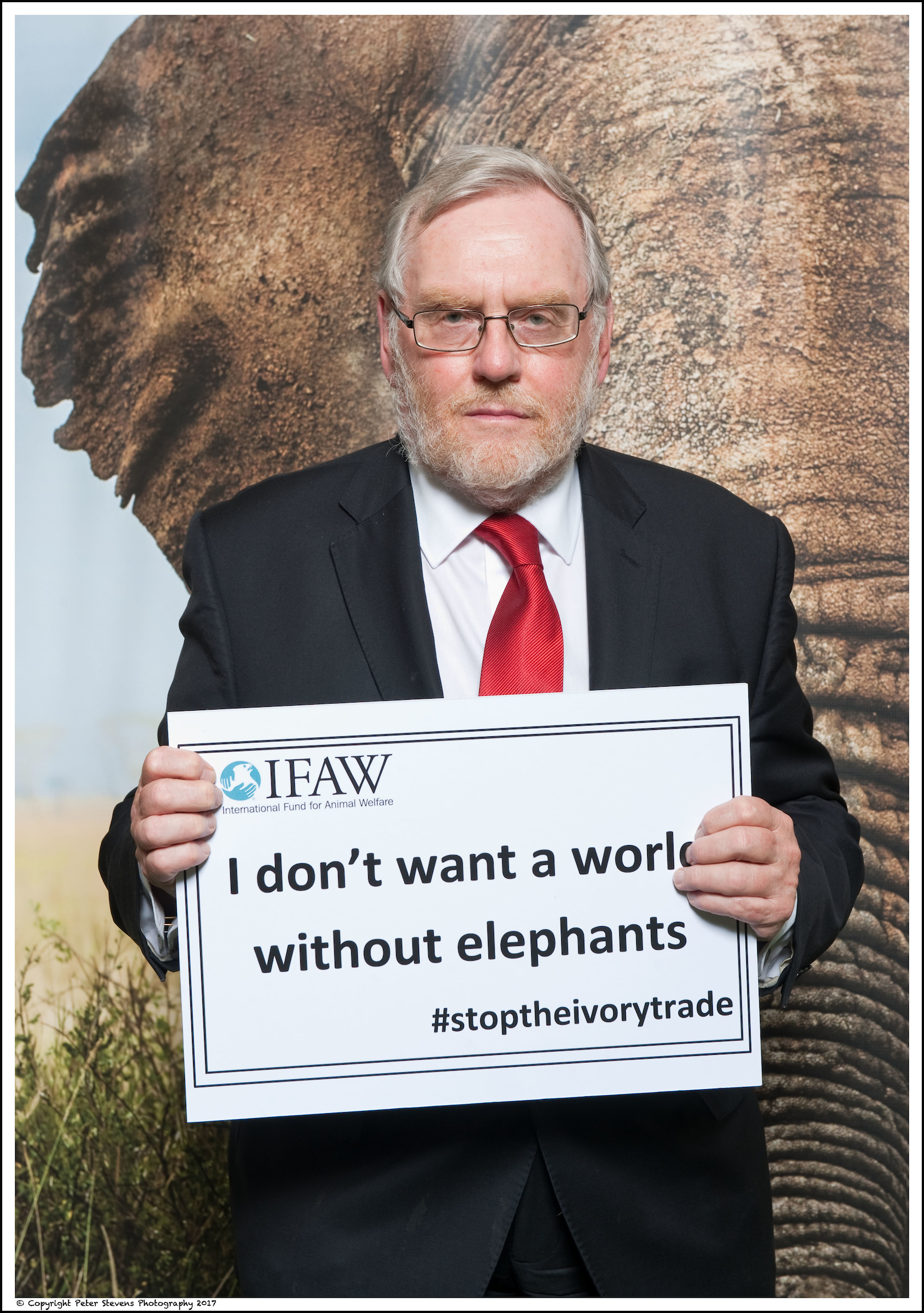 Warley MP John Spellar is supporting urgent calls from the International Fund for Animal Welfare (IFAW) for greater protection for elephants which are being decimated for the ivory trade.

Elephant populations are at an all-time low with the species facing extinction due to the ivory poaching crisis which is killing at least 20,000 elephants each year.

John Spellar attended IFAW’s Westminster launch of a new report on the illegal ivory trade across Europe, (Ivory seizures in Europe, 2006-2015), which found that the European Union is still a destination for illegal ivory, a major transit route between countries and a key exporter of antique ivory to South East Asian markets.

IFAW is calling for a UK ban on the ivory trade as well as a European-wide ban. It is also running an ivory surrender, with members of the public being invited to surrender their own ivory which will be destroyed as part of a campaign to close the UK’s ivory market and save the iconic elephant from the threat of extinction.

John Spellar said: “I am very pleased to support IFAW’s campaign to increase protection for elephants as a matter of urgency. I also encourage members of the public to stand up for elephants by rejecting ivory which should only be valued on a live elephant.

“IFAW’s research shows that the UK and Europe as a whole do play a role in the illegal ivory chain and reinforces the need for an ivory ban here in the UK and right across Europe to close these markets and help save elephants in the wild.”

New polling recently released by IFAW revealed that the vast majority of the UK public want to protect elephants with a UK trade ban and do not wish to purchase ivory themselves. An overwhelming 95% of respondents polled by YouGov stated that they would not be interested in purchasing antique ivory*.

Philip Mansbridge, UK Director of IFAW, said: “We thank John Spellar for his valuable support for our campaign. The legal ivory trade often provides a smokescreen for more illegal killing of elephants. As a nation of animal lovers it is clear that most people in the UK have already rejected ivory as something they wish to own, recognising more and more that every piece of ivory represents a dead elephant.

“Similarly, we are heartened by the strong political will to increase protection for elephants. However, with time running out for these animals we need the Government to announce an ivory trade ban now. With the UK’s largest ivory seizure to date in 2015 at Heathrow Airport weighing an incredible 110 kilos, it is clear the UK plays a significant role in the illegal ivory trade, as well as the legal trade.”

Defra is expected to announce a consultation on a UK ivory ban in the very near future and IFAW will be asking Members of Parliament to respond to the consultation to establish the most effective ban possible. China and the US have both recently made strong moves to tackle their own domestic ivory markets.