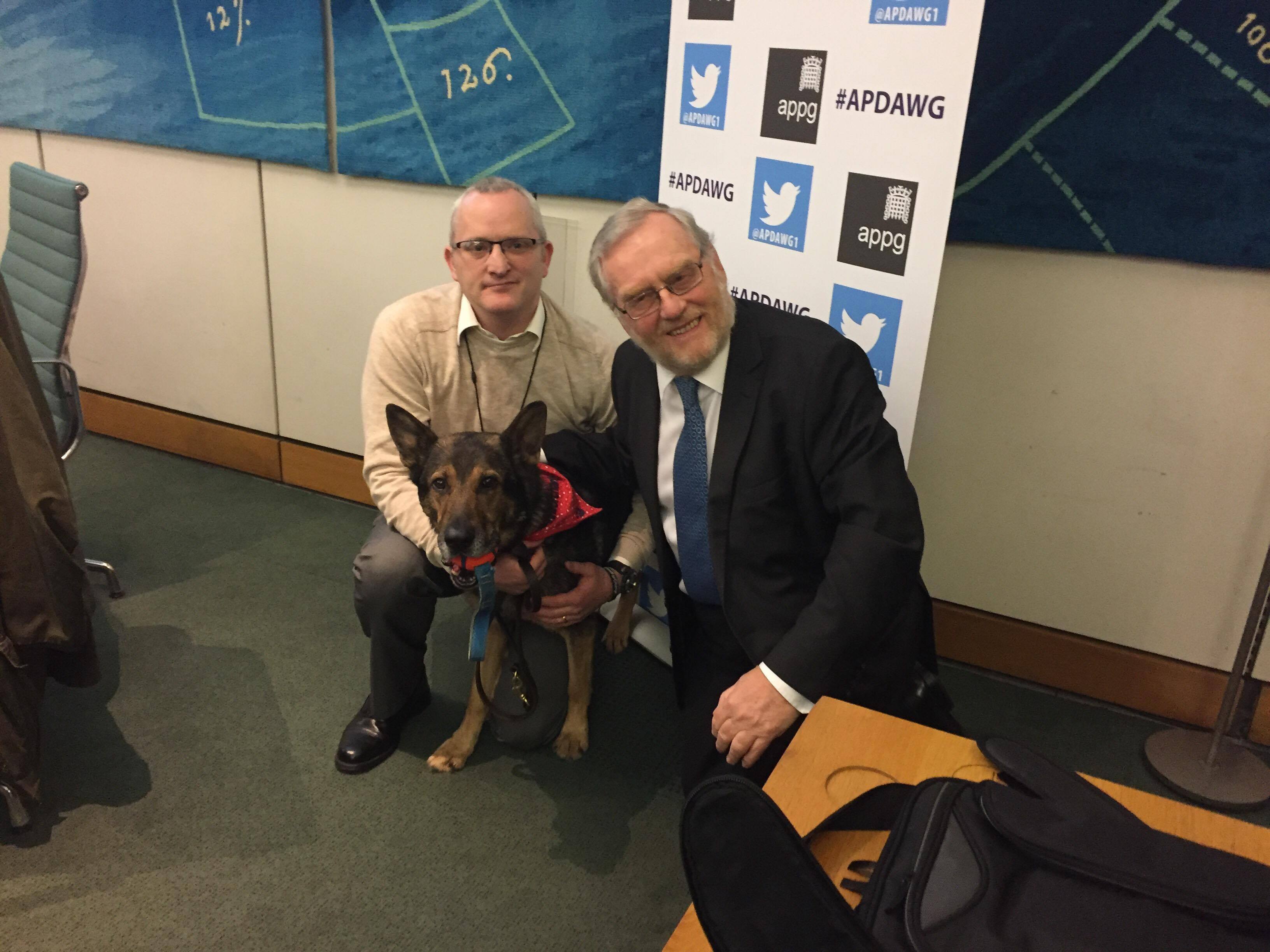 Yesterday, John Spellar MP attended a meeting of the All Party Parliamentary Group on Dog Welfare where he met police dog Finn.

In October 2016, Finn was stabbed in the head and chest while chasing a suspect. For many people the charges brought in this awful case have highlighted a wider issue with the protections available in law for police animals.

Currently, those who attack police animals can be charged under section 4 of the Animal Welfare Act 2006, which makes it a criminal offence to subject an animal to unnecessary suffering. The maximum punishment is six months in prison or a fine of up to £20,000, lower than the maximum penalty of 10 years available under the Criminal Damages Act.

John Spellar was one of the key sponsors of a 10-minute Rule Bill by Sir Oliver Heald MP which would see tougher sentences given to people who attack police animals.

John Spellar added: “It was great to finally meet Finn and his handler Dave. I am glad that Finn’s Law passed its first hurdle in the House of Commons and will be pressing the Government to ensure it becomes law as soon as possible.”

“Police dogs like Finn are not merely police property; they are sentient beings who bravely and loyally serve the public. The law should recognise them as such and give them the protection they undeniably deserve.”